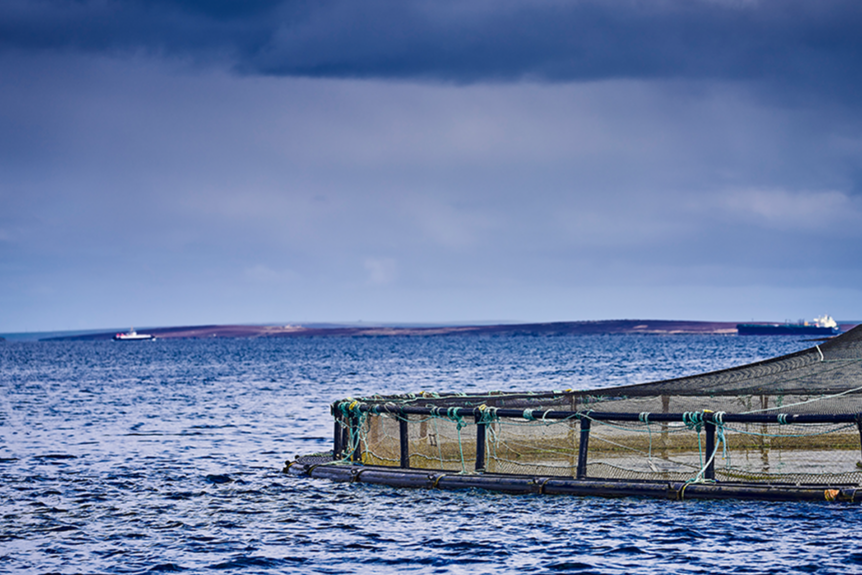 The new farm, would be located approximately 3km east of the southern tip of Papa Westray, and more than 4km from the closest landfall on Westray.

Known as East Moclett, the farm would comprise six 160-metre pens and be stocked with Soil Association-certified organic smolts.

The new site is slightly further offshore than East Skelwick, which is 2.5km from the nearest landfall.

“Following the success of developing and operating Scotland’s first fully-offshore salmon farm, we have recently submitted a planning application to develop a second high-energy offshore site within the North Sound. The proposed development, known as East Moclett and consisting of six 160m pens, would be located approximately 3km east of the of the southern tip of Papa Westray, and more than 4km from the closest landfall on Westray. The proposed development location was selected following extensive modelling, environmental survey and pre-application consultation with local stakeholders.

“The offshore location, significant water depth and tidal flows at East Moclett will minimise effects on the local environment. As well as fully assessing and modelling the site to confirm its suitability for organic salmon farming, the planning application also details how Cooke Aquaculture Scotland will minimise the environmental impact of the farm throughout its lifetime.

“If consented the proposed development will create up to six well paid, full-time seawater jobs, which we aim to recruit from the local populations in Westray and Papa Westray wherever possible.

“It is likely that we will need to expand our processing facilities in Orkney to accommodate the increase in volume, creating more jobs at our packing station in Hatston industrial estate in Kirkwall in the process.

“Cooke Aquaculture Scotland is the largest producer of organic Scottish salmon which we grow exclusively in Orkney. If consented we anticipate this would become our newest Soil Association organic-certified site in Orkney and we will stock this site with organic smolts, potentially before the end of the year if all necessary consents are in place which is great news for the islands and Orkney’s deserved reputation for premium food and drink.”

Cooke Aquaculture Scotland is the largest producer of organic Scottish salmon and can be found in premium supermarkets including Waitrose, Marks & Spencer and Tesco, and locally in artisan smokehouses such as Jollys of Orkney and Humes.