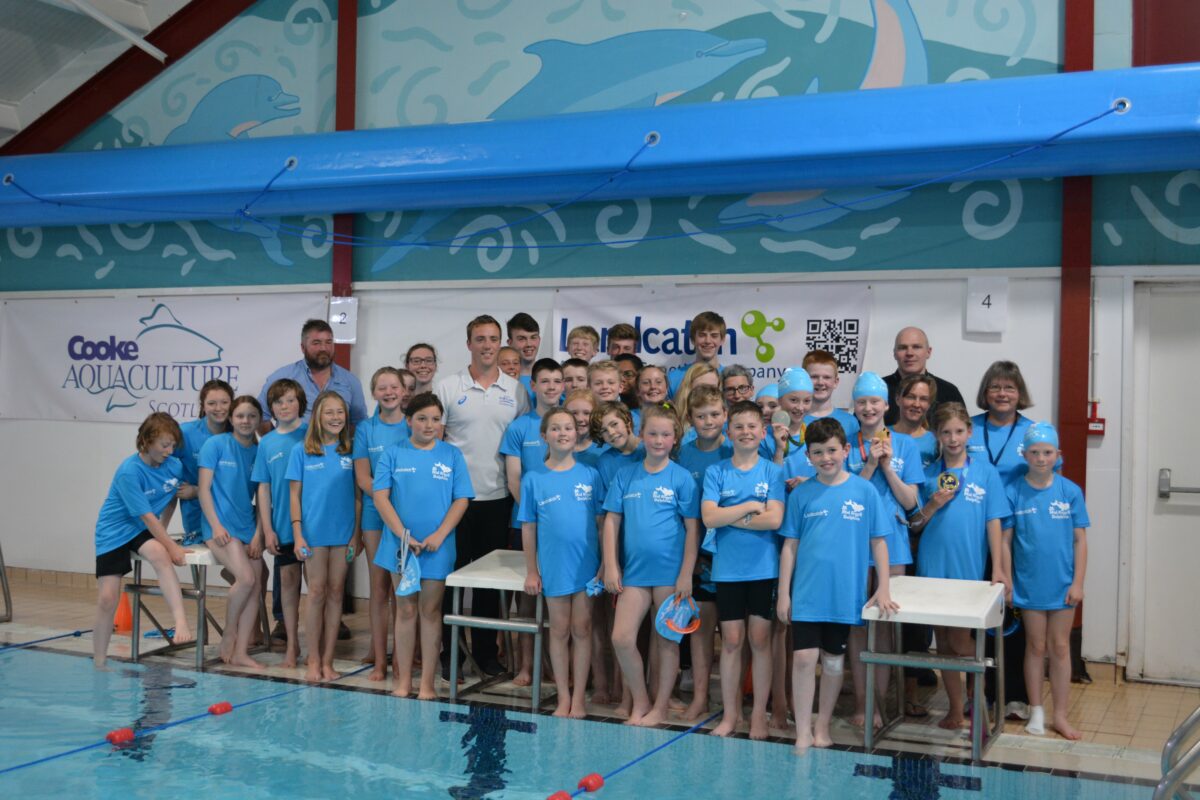 Robbie Renwick has visited the Dolphins club in Lochgilphead last Thursday and hopefully inspired a future generation of Olympic swimmers!
Robbie was just 16 when he travelled with the Scotland team to the 2006 Commonwealth games in Melbourne. He then went onto becoming commonwealth champion in 200m freestyle, World championship Gold and eventually Silver Medal in Rio Olympic games.
The 29 year old gave a fantastic talk about techniques, training, eating well and enjoying the sport. He then went on to training with the kids in the pool.
It was a huge success and thoroughly welcomed by the children and Staff alike.
Cooke Aquaculture is happy to have supported the initiative.
The Dolphins club in Lochgilphead is purely run by volunteers and is a vital part of the community.

For all media enquiries please contact Ann Cockerton, Communications Manager on +44 (0)1856 876101 or ann.cockerton@cookeaqua.com.