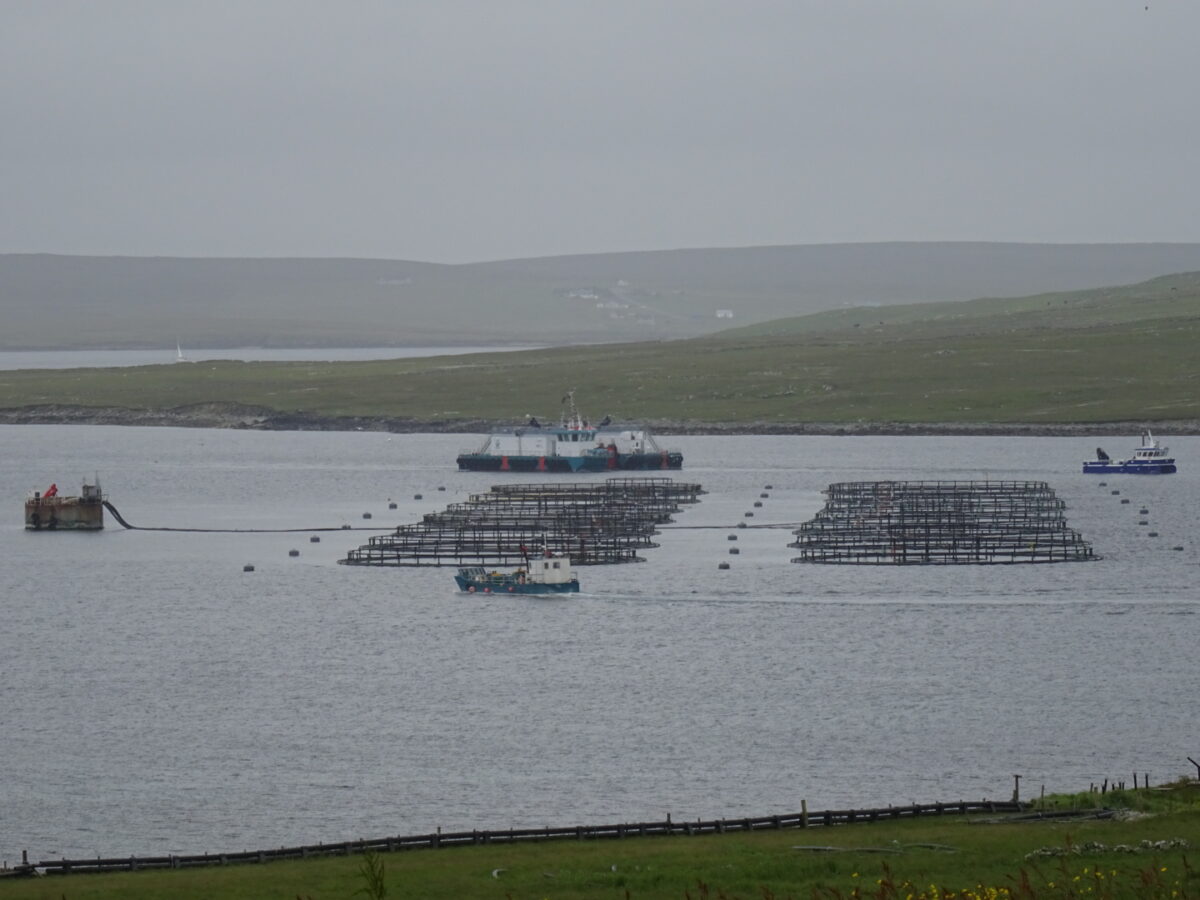 Cooke Aquaculture Scotland investment program in Shetland has achieved a new step on Friday 30th of June with the delivery of two new feed barges. The two 300t feed barges have been towed to Uyeasound pier, Unst, waiting to be set up in their respective sites.
One barge is planned to be used on the re-developed Balta Isle site which should be operational later this year. This recently acquired site should also be fitted with new cages from Fusion Marine. They are currently being assembled near the pier.