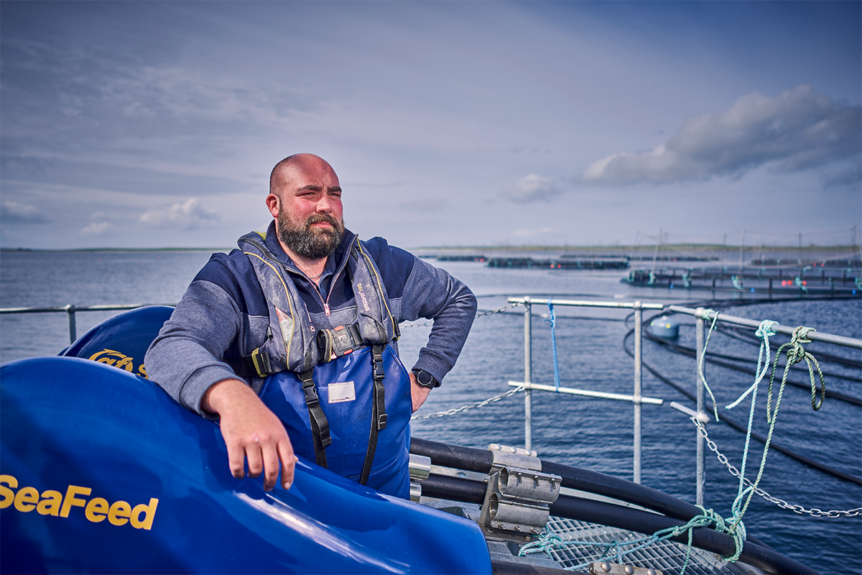 As Organic September gets underway Cooke Aquaculture Scotland has confirmed that its newest seawater site – Bay of Holland in Stronsay – has become the latest to achieve Soil Association organic certification.

The 12 100m pen site was constructed in early 2021 and stocked with Soil Association organic-certified smolts that currently average 550g. A new, purpose-built 200 tonne feed barge was commissioned from Gaelforce to support the site.

Cooke Aquaculture Scotland is the largest producer of organic Scottish salmon which is farm-raised exclusively in the cold, clear waters of Orkney. This new certification brings the number of Cooke’s Soil Association organic certified seawater sites in Orkney up to ten.

“It is fitting to mark the start of Organic September by confirming our newest seawater site has achieved Soil Association certification.

“We’ve been raising organic Scottish salmon consistently for more than a decade and this latest certification for Bay of Holland demonstrates our commitment to meeting the Soil Association’s highest standards and producing a premium product that is enjoyed throughout the world.”

Cooke Aquaculture Scotland is the largest producer of organic Scottish salmon which can be found in food stores including Waitrose, Marks and Spencer and Tesco, as well as local fine food retailers such as Jolly’s of Orkney.